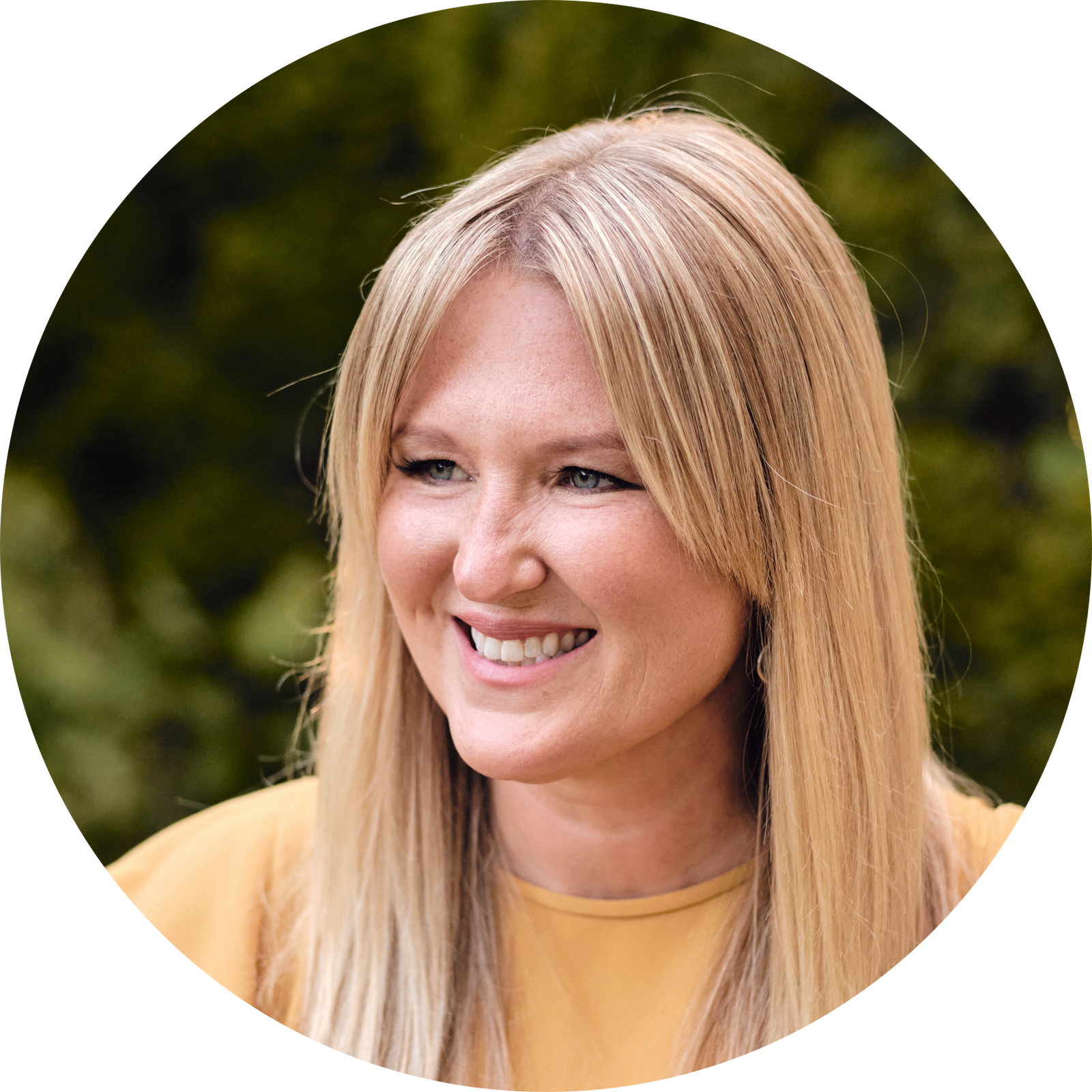 Your Guide to Living on the Sunshine Coast

Thinking about moving to the Sunshine Coast? Here’s my guide to living on the Sunshine Coast.
With charming coastal communities, miles of coastline, a growing culinary scene, and relaxed pace of life, the Sunshine Coast is one of the best places to live in British Columbia. Plus, you've got easy access to Vancouver and the Sea to Sky Corridor, mild winters and warm summers (best spent on the dozens of public-access beaches found here), a community-oriented culture centered on arts, culture and small business, and tons of outdoor pursuits, from kayaking, hiking and mountain biking to golfing, fishing, camping and snowshoeing. It’s no wonder locals refer to this 180-kilometre stretch of coastline as paradise! Read on to find out how the Sunshine Coast measures up when it comes to weather, things to do, dining and more. 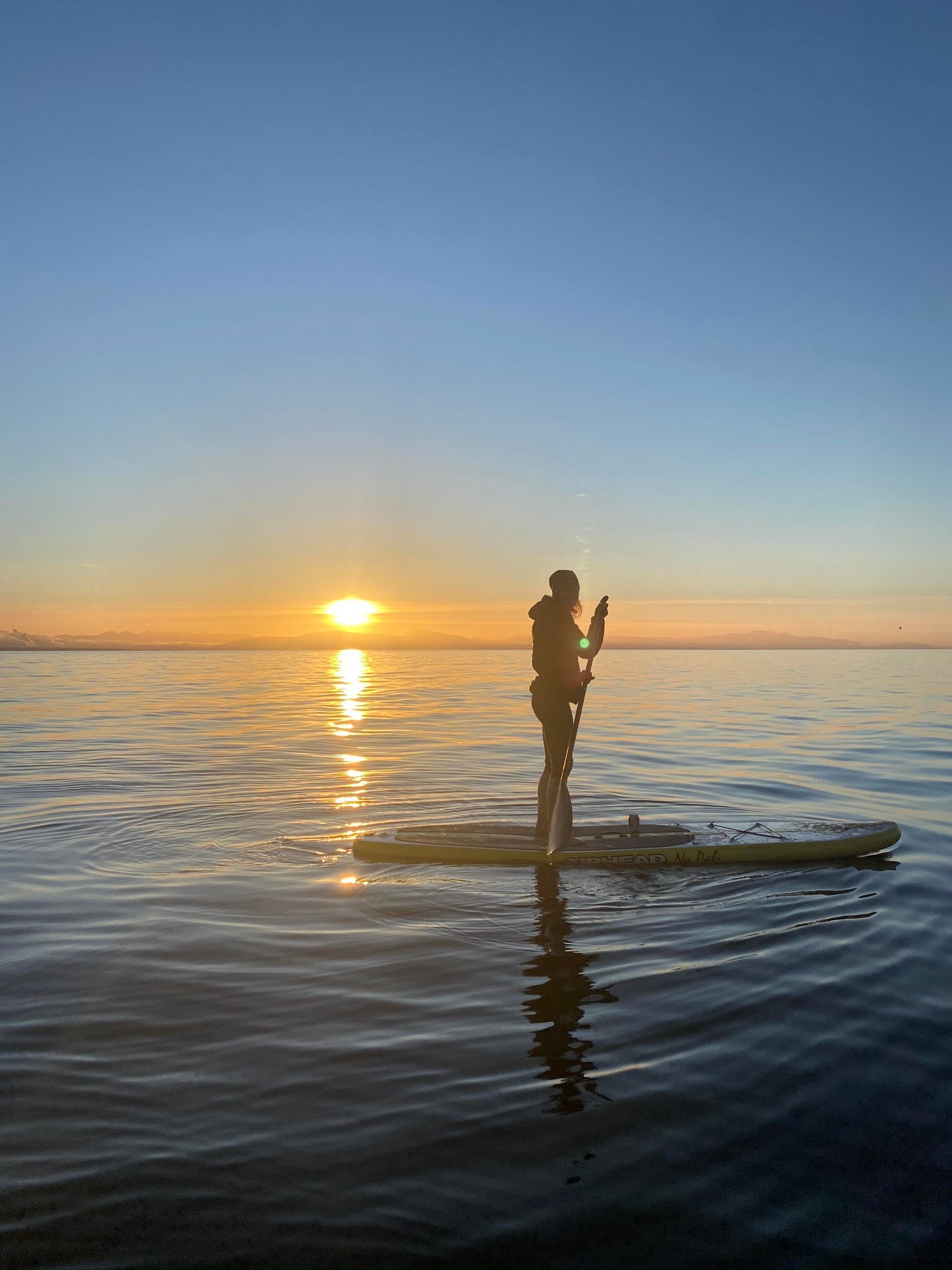 Where is the Sunshine Coast? 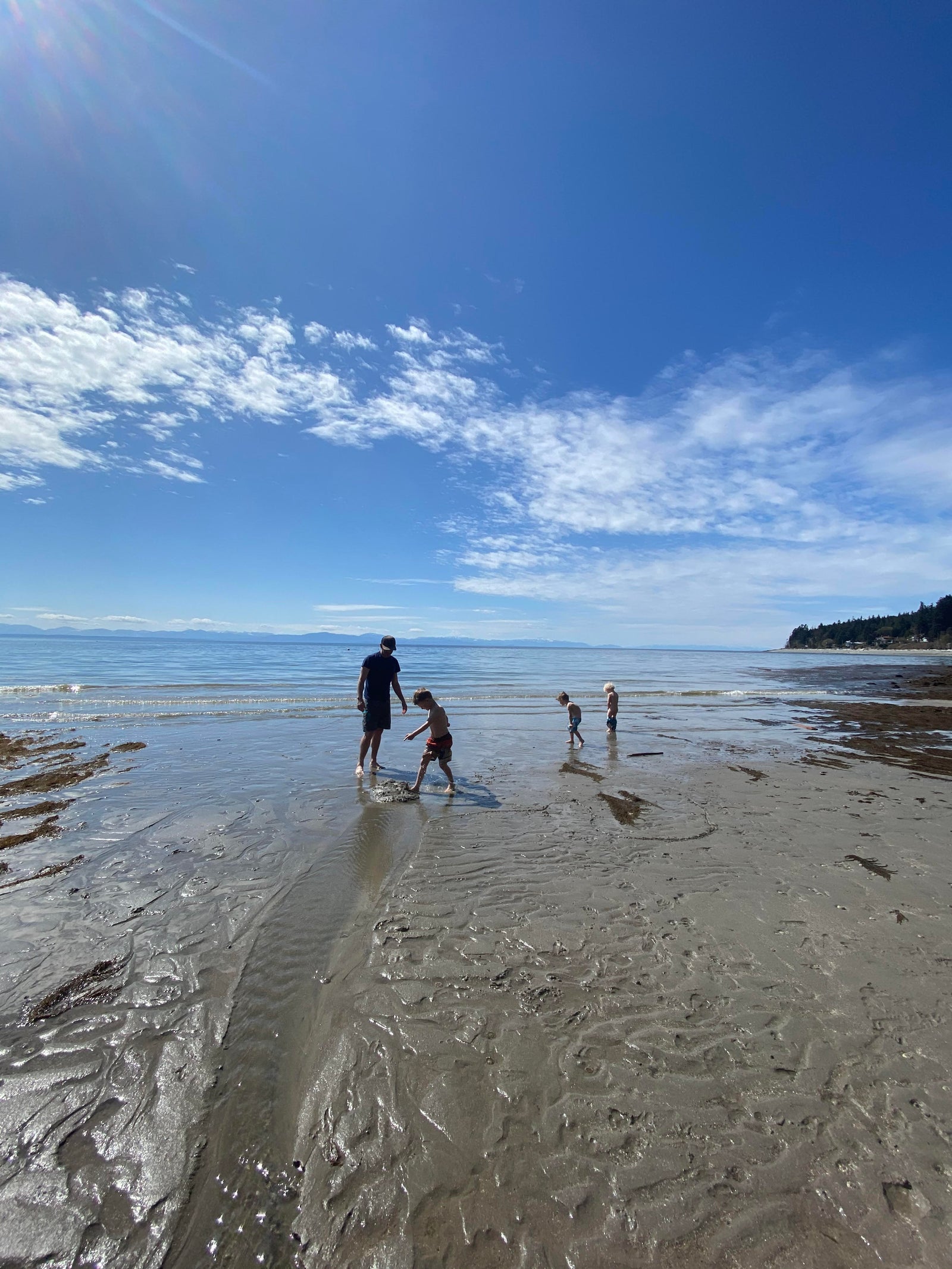 Fun Facts About the Sunshine Coast

What sets the Sunshine Coast apart from communities on BC’s west coast? These cool things of note help: 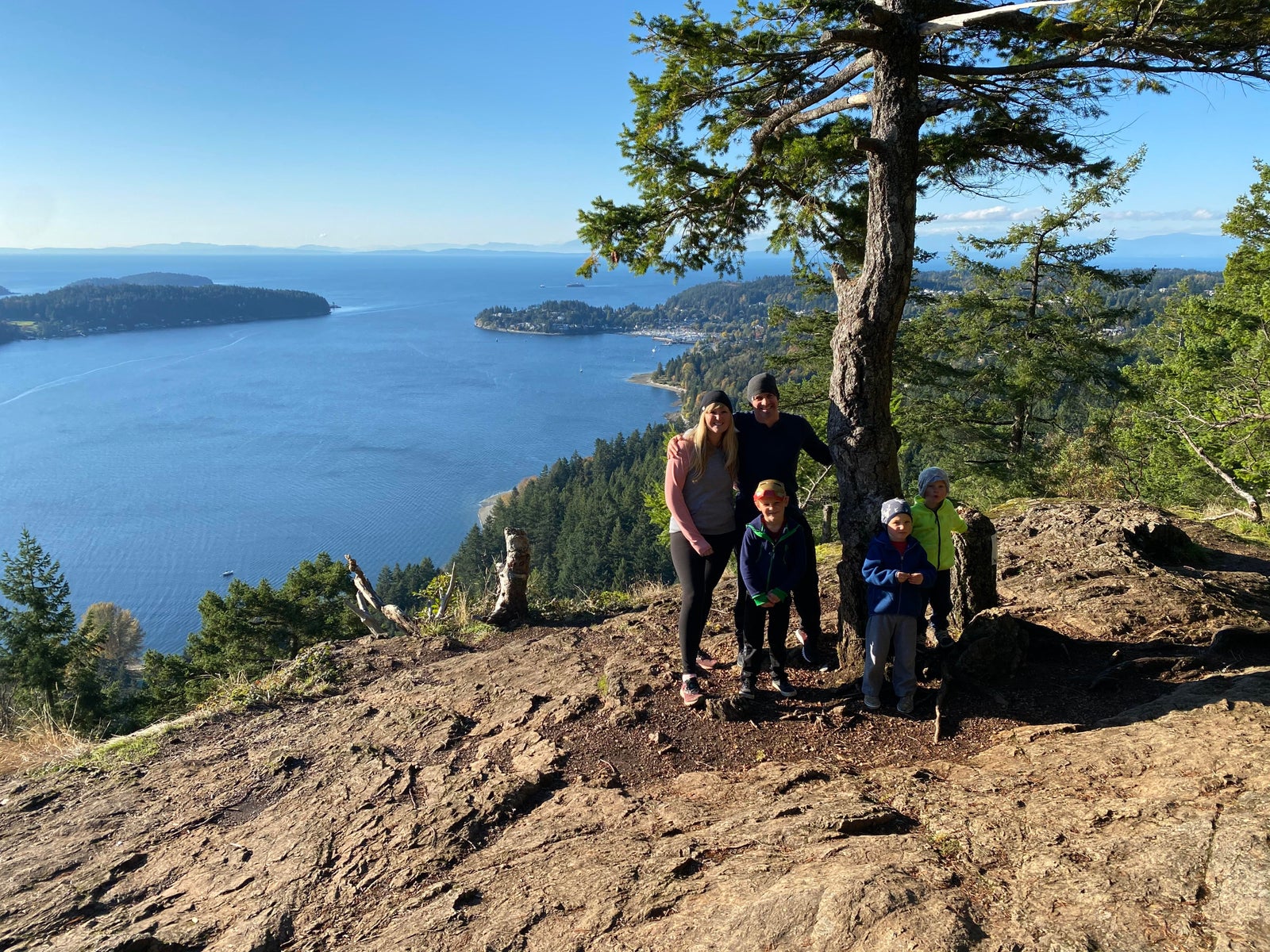 When it comes to quality of life, the Sunshine Coast checks all the boxes: the average commute time is low at just 20 minutes compared to the rest of British Columbia which sits around 50 minutes (unless you remotely work and then there are none!). Need to get to an appointment in the city? The 40-minute ferry ride, plus direct floatplane access into Vancouver, makes this very doable, allowing you to head into the city and back home to the Sunshine Coast on the same day.
The Sunshine Coast offers the right amount of amenities to support its residents while still retaining its laid-back and easygoing pace of life. The Southern Sunshine Coast is home to four public libraries and three public swimming pools. When it comes to education, there are several elementary and secondary schools plus a community college.
Sechelt Hospital services the entire Southern Sunshine Coast with plenty of dentists, doctor’s offices, health and walk-in clinics available. There are grocery stores scattered across the coast, plus dozens more farm-stands, food producers, farmer’s markets (in season), and CSA programs (community-supported agriculture).
You’ll also find banks and lending institutions, a strong local small business scene that provides great options for shopping, plus plenty of parks, walking trails and paths.

What Does Semi-Rural Mean?

Despite its name, the Sunshine Coast is similar to other West Coast communities, which sees its fair share of rain. Gibsons, which is located in Howe Sound, gets the most rain on the Southern Sunshine Coast with an average of 2508 mm per year. Sechelt sees sunnier skies with 2225 mm while Madeira Park, the largest community in the Pender Harbour area, reports 1140mm of average rainfall a year. Summers are warm and dry with an approximate high of 30 degree celsius and winters are mild enough that it’s possible to snowshoe one the Sunshine Coast’s main winter recreation area, Dakota Ridge, in the morning and stroll along one of the coast’s many beaches in the afternoon. 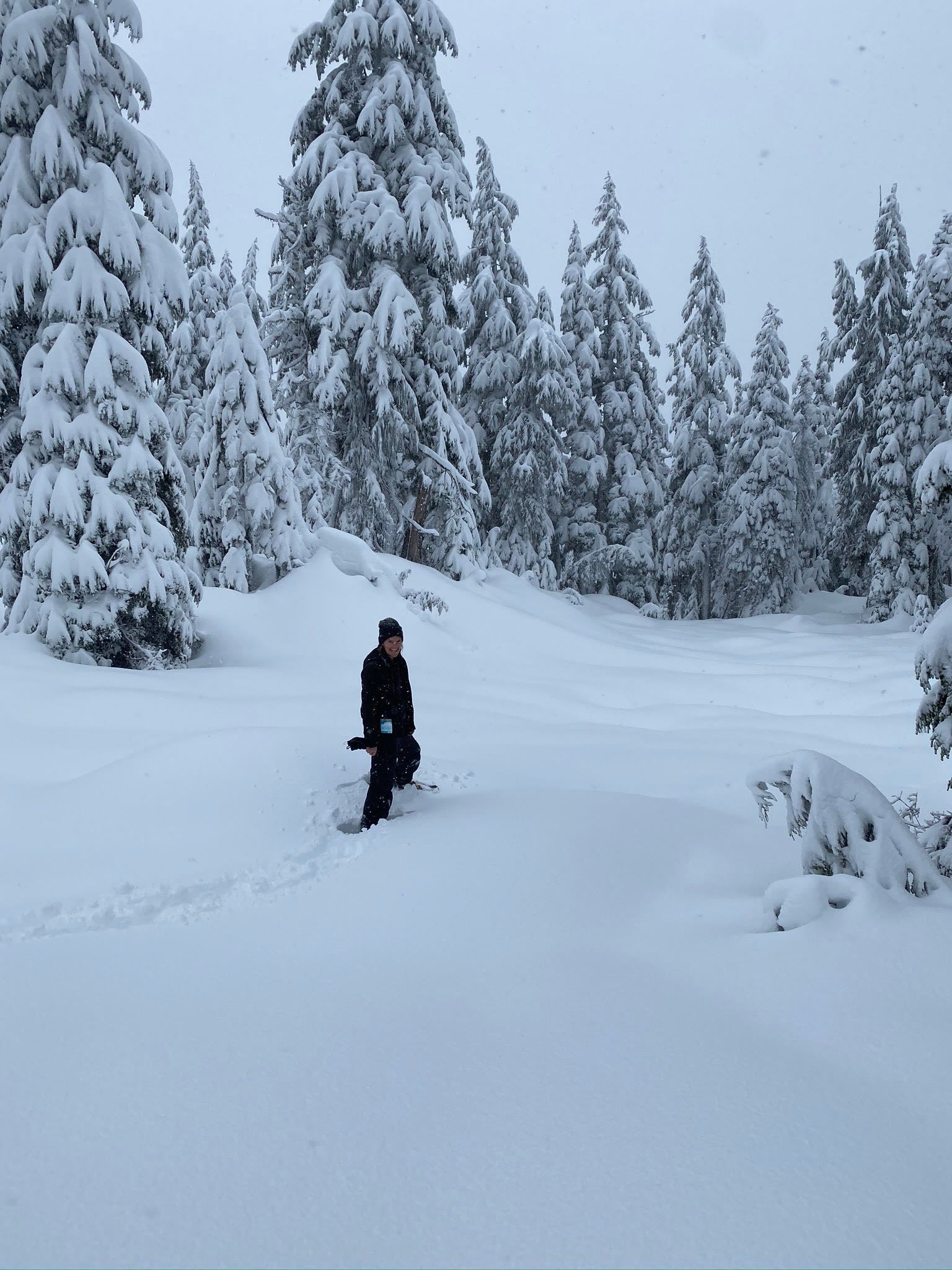 Get to know the communities of the Southern Sunshine Coast.

Gibsons was once named the “Most Liveable Community Under 20,000” by the UN-backed International Awards for Liveable Communities and deservedly so. Located in the fjord-like Howe Sound, this charming coastal community is home to nearly 5,000 people and sits perched on a hillside that overlooks Gibsons harbour and Keats and Gambier islands beyond that. Home to a strong food and beverage scene (there are three breweries, one distillery and two cideries all within its radius), Gibsons also attracts those looking for a sweet blend of water and land activities. There’s plenty of paddling access, beaches (Bonniebrook is a local favourite), and trails and viewpoints to explore. What’s a classic Gibsons activity? Head to the top of Soames Hill, a mini-esque Grouse Grind, for epic views of the harbour and islands of Howe Sound then toast to your workout with a beer or cider post-hike.

The small rural community of Roberts Creek sits halfway between Sechelt and Gibsons and is known for its quirky and eclectic charm and strong arts scene, largely evidenced in the scattering of potters, painters, and other artists who make their home here and in the painting of the community mandala,, located at the entrance to Roberts Creek beach, each year. The beach itself is a draw, boasting a prime location to launch a kayak or paddleboard or to simply walk the breakwater and enjoy the view of the open Pacific ocean at sunset. Largely a residential community, what does make up the Roberts Creek main community hub is a small general store, library, legion, shopping plaza and one of the best cafes on the coast, The Gumboot.

The largest community on the Southern Sunshine Coast, Sechelt is home to more than 10,000 people. This is the traditional territory and main community of the shíshálh people; you can learn more about the Nation and their culture at Tems Swiya Museum. Sechelt is the central hub for this part of the Sunshine Coast, home to the hospital, a large downtown shopping area, museum and movie theatre, a brewery and cidery, and plenty of excellent restaurants and cafes. It also happens to comprise the Sunshine Coast’s largest workforce, with industries ranging from construction to forestry. Because of its unique geography, Sechelt offers unparalleled water access, either from the Pacific Ocean side or via the quiet and sheltered waters of Sechelt Inlet. Kayaking, paddleboarding, swimming and boating are all popular pastimes. On a warm summer's day you’ll find many Sechelt residents strolling the waterfront, pedestrian-only path and lounging on its sun-warmed pebble beaches.

Just north of Sechelt are the bedroom communities of Halfmoon Bay and Secret Cove, two semi-rural and quiet sections of the Sunshine Coast. Tucked away off the main highway, Halfmoon Bay offers a quiet, peaceful retreat from the busier atmosphere of Gibsons and Sechelt. Neighbouring Secret Cove is home to retirees and young families, as well as boating enthusiasts, who seek out these sheltered waters, safe anchorages and its marinas. Both Halfmoon Bay and Secret Cove itself offer limited amenities, but a short twenty-minute drive into Sechelt means you’re never far from services, restaurants and more.

Farther up the coast and entering rural territory is the outlying regional district of Pender Harbor. Its communities of Madeira Park and Garden Bay form a horseshoe around the harbour and are home to fewer than 3,000 year-round residents. Despite its remote location and smaller population, Pender Harbour boasts a wide array of amenities and services, plus outstanding access to both freshwater and the ocean. For golfers, the Pender Harbour Golf Club offers a fun yet challenging 9-hole course while boaters will find slips and other marine-based services at the Pender Harbour Resort & Marina. There’s several good pubs, restaurants and cafes where you can find excellent food, along with a number of art galleries and artist studios. A must-do in Pender Harbour is the spa garden at the Painted Boat Resort and Marina, a mini Scandinave-like spa, which features a series of hot pools, a cascading (hot) waterfall, and cold plunges and showers for those who dare. As for the water, there’s arguably no better spot on the Sunshine Coast for both salt- and freshwater access, thanks to the sheltered waterways that make up Pender Harbour’s coastline and the five freshwater lakes that are scattered inland from its harbour.

Egmont is the northernmost part of the Southern Sunshine Coast and the gateway to the Northern half of the Sunshine Coast. While many people head to Egmont en route to Powell River and Lund, there’s still plenty to see and do here, and if it’s solitude and seclusion you’re after, then look no further. Situated on the Sechelt Inlet, Egmont is best-known for its access to the epic Princess Louisa Inlet (via boat) and as the home of Skookumchuck Narrows, the fastest salt water rapids in North America. West Coast Wilderness Lodge and Backeddy Resort & Marina offer great dining (and waterfront dining views!). There's a community hall that also functions as a part-time thrift store and a full-service marina for boaters. The beloved Skookumchuck Bakery and Cafe (seasonal)  is set in a wood cabin within Skookumchuck Narrows Provincial Park and serves up delicious baked goods, sandwiches, and more.

Dining on the Sunshine Coast

The Sunshine Coast is home to a  thriving—and rapidly growing—culinary scene. Here are a few local favourites:
Buono Osteria: Wood-fired, Neapolitan-style pizza and classic Italian pasta features, plus rotating seasonal mains, make up the menu at this Gibsons-based eatery. Wines and cocktails are excellent as well.
El Segundo: One of Sechelt’s newest restaurants, boasting fantastic happy hour deals, excellent Pan-Pacific fusion and delicious cocktails, all from a bright, fun space that features tropical-inspired wallpaper and neon signs.
The Wobbly Canoe: Elevated pub classics with a prime location on the Davis Bay waterfront and a great outdoor patio.
Barefoot Gecko: Authentic Mexican staples (including beloved dishes from Chef Carlos and Sous Chef Yohanna's hometowns). Everything here is made from scratch (including house-made tortilla shells), in-house and with love.
The Gumboot Cafe: A staple of the Roberts Creek and Southern Sunshine Coast community, featuring fresh made baked goods, vegan dishes, and soups and sandwiches. Next door is The Gumboot Restaurant which features a licensed patio and dinner menu.
Grasshopper Pub: This Pender Harbour-based spot has all the staples you'd expect for a pub but it's the Indian food — which come from the chef's own archive of family recipes — that locals rave about.
Convinced the Sunshine Coast is the right community for you? Get in touch with me and learn how I can help you make your housing dreams a reality.
I respectfully acknowledge that I reside, work and play on the unceded traditional territories of the shíshálh and Sḵwx̱wú7mesh people